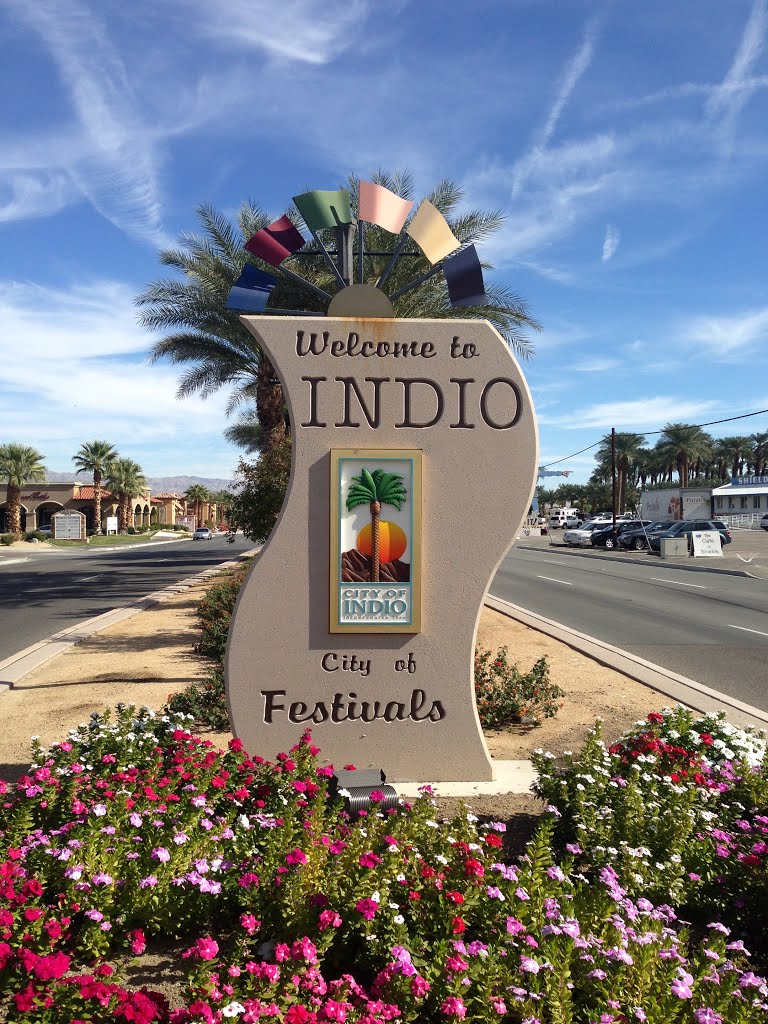 The historic desert city of Indio is located approximately 23 miles east of Palm Springs and is one of the most economically diverse cities in the Coachella Valley. It also has the largest permanent population of all the desert cities at approximately 80,000, having increased its population by well over 50% since 2000. It is an official National Bird Sanctuary because of the seasonal bird migration flight routes that cross the town en route to the nearby Salton Sea.

The origins of Indio were a direct result of the growing railroad network out of Los Angeles. By 1873, trains and railroad lines were being constructed to transport goods eastward. Indio was an important halfway point between the cities of Los Angeles and Yuma, Arizona and because of Indio’s plentiful water supply, train engines could be re-filled. By 1876, Indio could boast a fancy dining room and dance hall, built to create a social hub for railroad workers.

While it began life as a railroad town, Indio soon became a major agricultural center. Ambitious farmers began to plant dates, citrus, grapes, cotton, and many other types of produce. With the availability of artesian wells, arid climate, and 360 days of sunshine, soon the entire region began to thrive with family farms and ranches.

The city of Indio is now nicknamed the “City of Festivals” due to numerous major festivals held there each year. The nationally renown Tamale Festival, where hundreds of cooks gather to create savory tamales and other Mexican dishes, is considered one of the Top 10 festivals in the US and draws tens of thousands. The National Date Festival celebrates the rich history of the date and the role its played in the Coachella Valley economy.

Huge music festivals such as Coachella and Stagecoach completely sell out each year, feature the biggest names in music, and draw visitors from all parts of the US and around the world. All the local hotels and restaurants completely sell out during these major events. Other Indio festivals include the Cabezon Indian National PowWow, Southwest Arts Festival, Rhythm, Wine & Brews Festival, Palm Springs Kennel Club Dog Show, Heritage Festival and many others. Indio offers residents a very wide range of residential communities, both gated & non-gated, from older, economical areas for the budget conscious to brand-new gated communities featuring gorgeous mullti-million dollar homes with truly amazing views. Indio is truly a city that has something for everyone!